It has been 2 weeks since we adopted her and Raven(Maven) is settling in very nicely to her new home! (Her chart said that she was called Raven before being called Maven, so we went back to that name.) Raven likes to be patted and have her stomach rubbed, and when we pat the couch, she jumps up next to us to curl up and sleep. When she gets startled, she retreats to her “safe spot” under a futon couch, but most of the time she is very friendly. She and her new brother, Elroy, who is all white, are getting acquainted – chasing each other down the hall and at times even sleeping next to each other. We think they will be great friends soon! Thank you, Heartland staff and volunteers, for taking such good care of Raven!! 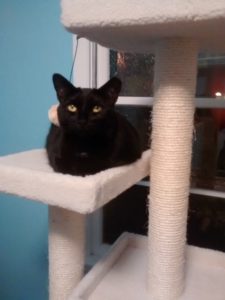 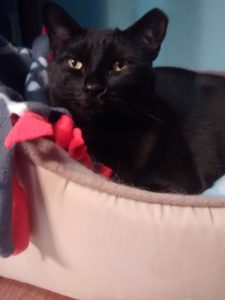 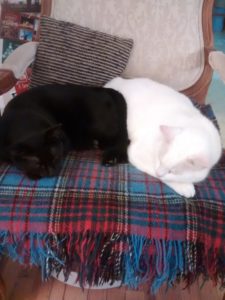 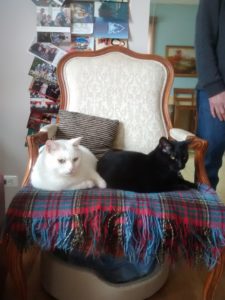